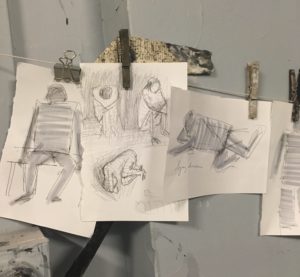 Since last summer, I have been working with Toto Kisaku, a Congolese artist, performer, writer, and activist, to create sculptures that will be part of his one-person performance Requiem for an Electric Chair. The World Premiere is on Friday, June 22 & Saturday, June 23 at the Arts & Ideas Festival in New Haven CT.  Tickets are available now at artidea.org/requiem 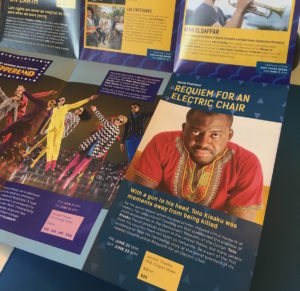 “With a gun to his head, Toto Kisaku was moments away from being killed by his government when his executioner showed him a moment of mercy. His only crime? Creating art that questioned the practice of child exploitation in the Democratic Republic of the Congo. Toto Kisaku found refuge in the United States, but many people from his country have not been so fortunate. Be a part of the first audience to hear his harrowing story at the world premiere of his newest theatre piece  “Requiem for an Electric Chair”. — https://www.requiemelectric.com/

I am so grateful to be a part of this production—working alongside digital artist Sara Zunda, set designer David Sepulveda, and producer  Hanifa Washington .